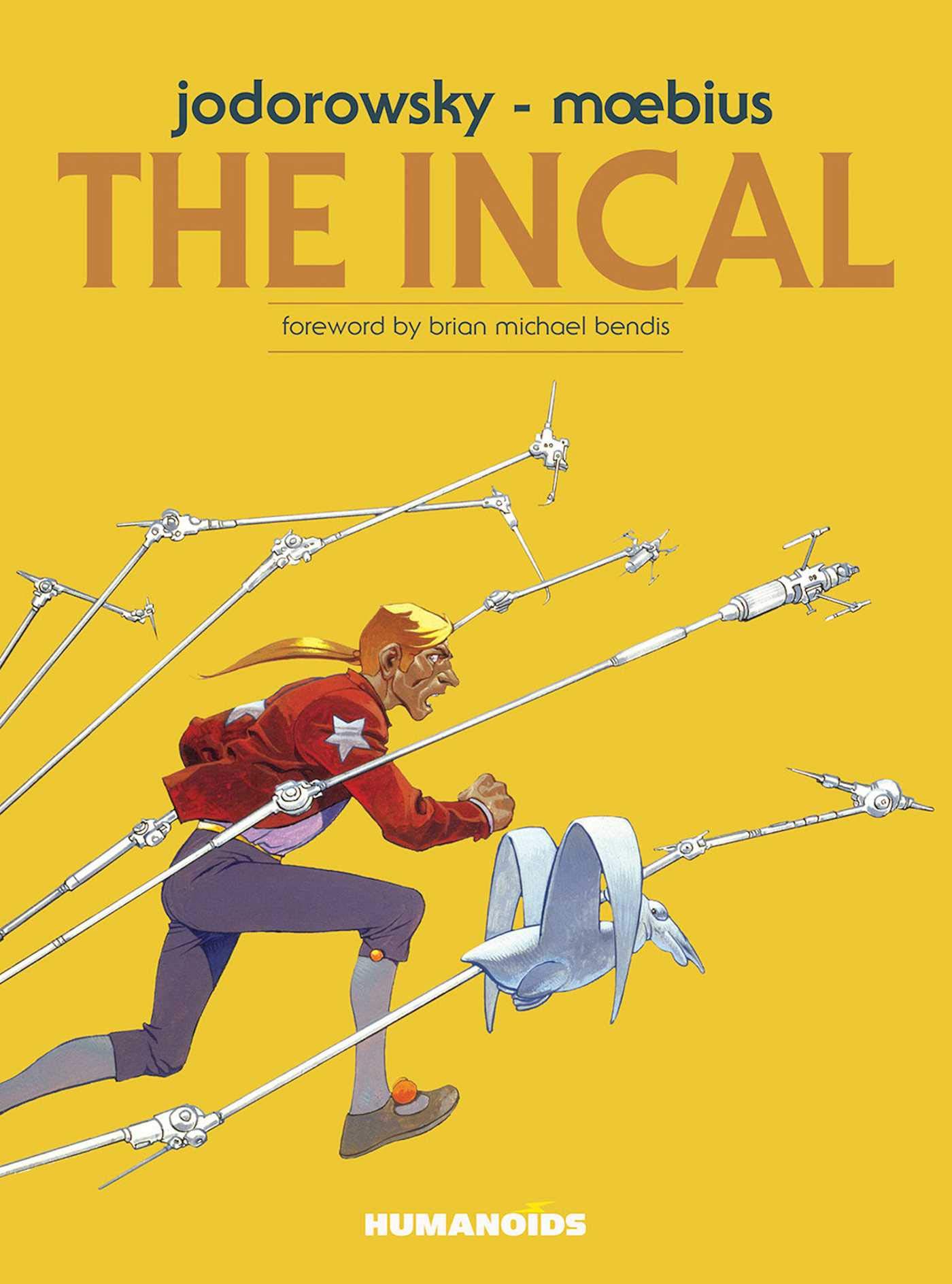 The Highest Selling Sci-Fi Graphic Novel of All Time

Experience the entire Incal saga stemming from Alejandro Jodorowsky & Mœbius’ defining psychedelic blockbuster. Discover John Difool’s entire journey in Before the Incal, After the Incal, Final Incal, and Deconstructing The Incal. Then dive into the brutal sci-fi domination of The Metabarons.

Mœbius, born Jean Giraud, has inspired thousands on a global scale with his intricate, exotic art, filled with strange and whimsical characters and sprawling worlds. A co-founder of Les Humanoïdes Associés, Mœbius created such masterpieces as The Airtight Garage, Arzach, and Silver Surfer: Parable with Stan Lee. The Incal is an apex of his talents, weaving together a dystopian sci-fi ecosystem around white-knuckle action.

The Introduction of The Metabarons

More than a decade before Alejandro Jodorowsky and Juan Giménez would release the first volume of The Metabarons, The Incal introduced No Name—the last of an elusive clan of dangerous, cunning galactic warriors. This is our first glimpse of an near-unkillable bounty hunter who would go on to spawn seven core volumes of brutal sci-fi innovation.

Alejandro Jodorowsky has continually pushed the boundaries of whatever medium he approached. From his meditative visual poetry in films including El Topo and The Holy Mountain to his evocative poetry and Tarot explorations, each experience has given him a new canvas to expand consciousness. That heady introspection and experimentation merge seamlessly with Mœbius’ sprawling art in The Incal. The resulting tome takes readers not only through a high-octane journey through the galaxy, but also into the metaphysical hopes, fears, and sins of John DiFool and those around him.

Synopsis
The adventures of a young John Difool before he became the most famous Sci-Fi anti-hero. We are instantly plunged back into the unique atmosphere of the world of “The Incal,” as we witness John Difool’s search for his identity and his origins. A mysterious metallic virus has devastated the immense City-Shaft, and John Difool is going to have to once again transform himself into humanity’s improbable savior ! The unfinished conclusion to The Incal trilogy as drawn by Moebius. Jodorowsky and Mœbius’s internationally bestselling Sci-Fi saga THE INCAL comes to its phenomenal finale! Lowly class ‘R’ detective John Difool and Deepo are unwillingly hurled into yet another universe-saving mission. Deconstructing The Incal lifts the veil on the mysteries surrounding the seminal science-fiction graphic novel, which has become the cornerstone of the Jodoverse. A grand scale space opera about family, sacrifice, and survival told within an immense universe, both in scope and originality.

Price: (as of – Details) Product Description CHRISTMAS GIFTS FOR HER Perfect As A Gift for Her The pendent...